“Political struggle for me is about raising my children, rather than a battle on the field of art” 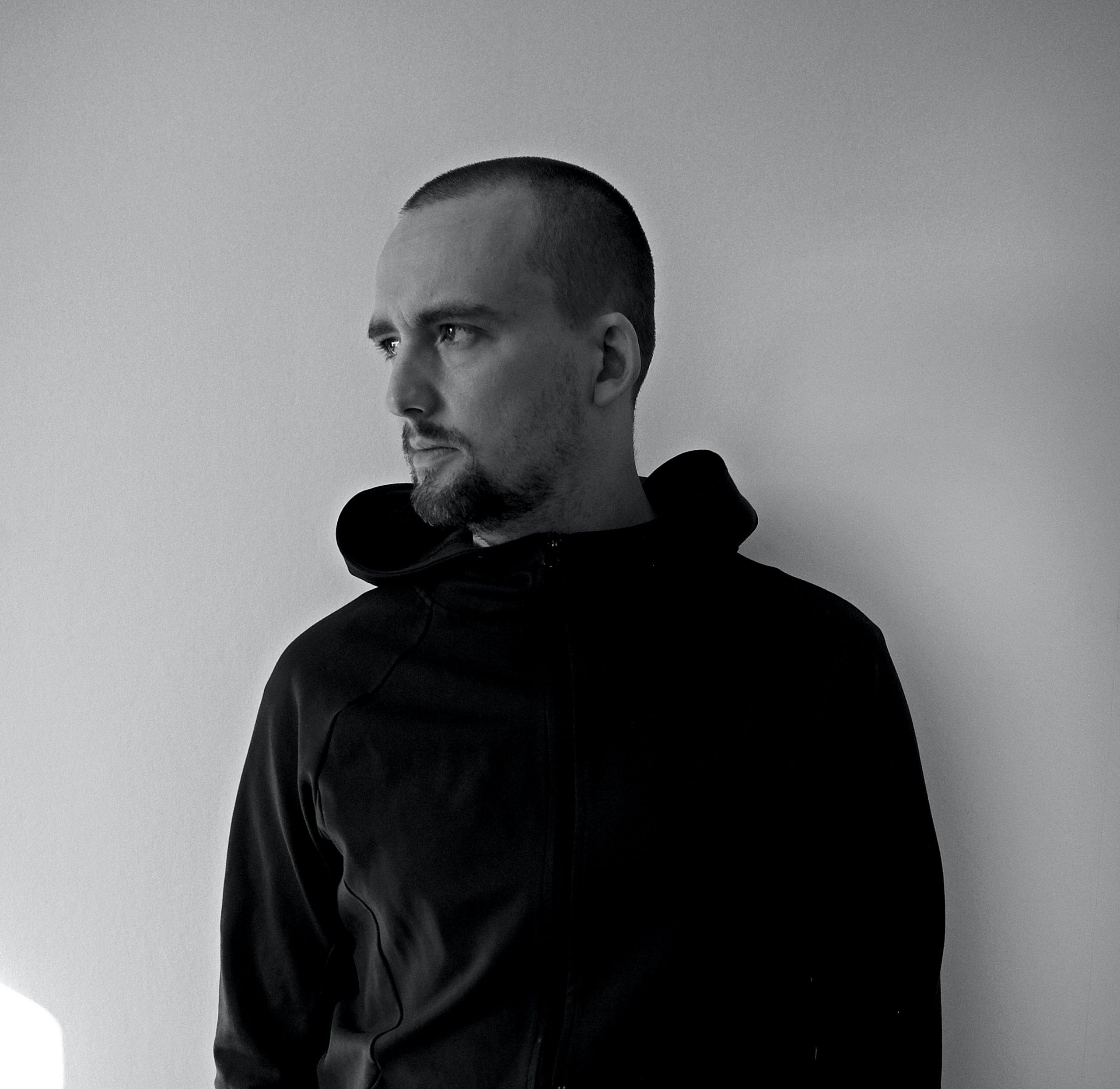 You once noted that you “decided to remove painting from your art piece”. Is it important for an artist to think about a medium?

The pictorial, rather than the painting, will be more important here. Colour, tone, dab and texture remain in my art pieces. My attempt to get rid of painting means working with connotations of the pictorial. Painting, on the one hand, is loaded with connotations from art history, and on the other, it is discredited through capital. Nevertheless, there is another manipulation: an attempt to create some atmosphere in an artwork, an illusion of space that controls the viewer and his or her reactions.

“To remove painting,” means to avoid any immersion into an artwork, and on the contrary, to push out the gaze.

Any problematization of a medium in art is an outdated and harmful strategy for an artist. Unfortunately, this is still what they teach in our “schools of contemporary art”. There are a lots of problems and challenges that a young artist faces, and fixation on the medium is definitely not one of them. It makes no difference what kind of tool or technique you use, it’s the degree of freedom, that’s important. When tension is removed from the concept of “meduim”, art can be “one”.

Can the meaninglessness and redundancy of any one medium be a consequence of the technology development?

Guess so. On the one hand, this is due to the reaction to the technology in general. On the other hand, it is often a search for ready-made recipes and rules. Academicization and categorization of contemporary art, settling of established practices contradicts the original idea of art. This is similar to the fear of losing control, while concentration on the medium fully satisfies the desire for control.

There are many natural materials in your works. What role do they play in your artistic expression?

Working with natural materials is an attempt to take a closer look at them and show maximum respect for their materiality. For me, materials are proper participants of production. They form layers, and each has its own special voice and nature. A contact on the haptic and visual level brings you closer to the reality of the material and provides access to “the nature”.

The materiality of a piece is an important element for me. This is not just a fashionable anti-digital trend, but also an attempt to carry out the transgression beyond the human “cogito” into the materiality of an object in itself.

Is a forest one of such objects?

Yes, a forest is a very important place where human logic is abolished. Any themes related to escapism, “going into the woods” further exacerbate the “human nature”. Therefore, a forest is not a “refuge”, just as it is not a “sacred grove” – it is fundamentally different. Getting into the network that lacks any logic, I feel interconnection of everything every time. In this context the Sacred Grove Forests can be seen as am imaginary ordering of chaos, when it becomes a system of connections with the divine face. But such a god is just a set of human identities.

This mythological syncretism of “the interconnection of everyone with everything.” How does a myth work today?

That is a tough question. I would say that doubting the functionality of a myth is my myth. Any connotations built around mythology become reinforced concrete meanings, and I don’t want that. A myth as a system of references normalizes external “ignorance”, but such a model in itself looks pathetic and helpless. I am interested in finding connections within the system of a myth, which I see as structuring the helplessness of human attempts to take control over chaos.

I try to avoid literal interpretation of compositions or images in my art. It may look like apophatic theology. In the absence of literal meanings, something appears that cannot be described, but it is built into a system of relations. The connection between a pictorial construct, a frame within a picture and materiality of a thing is the starting point for me in any art piece. I think that the modern myth is a form cleansed of manipulative meaning and this is freedom, inside which something valuable can appear.

You studied icon painting at the Moscow Theological Academy. How did this influence your artistic language?

Studying the iconographic language gave me the opportunity to learn about a fundamentally different optics in relation to pictorialism. For me, this is one of the main questions that stays relevant. What is an image? How is it related to the inconceivable and where are the boundaries of the language as a structure of knowledge? The icon is not just a “coded message” or “the beauty of the heavenly world, manifested with earthly means.” Of course, there is a deep contradiction in the language of the icon itself. It creates a conflict that results in exposure of gaps in meanings. Simplification, otherness, literalization, distortion are the techniques that reconnect the gaze to the image in the icon.

Contemporary art is characterized by a conflict between the abstract and the figurative, which was quite present in Russian and, earlier, Byzantine icons. The problem of iconoclasm and image redundancy is still relevant.

The iconic sign specified not only the way of “entering” the meaning of an object, but also certain optics. Where do you place the viewer in your installations?

For me, the issue of optics and the methodology associated with manipulating the viewer’s gaze are critically important. These are the questions of access to an object as to “the material” entity, to space through an object and the relation of a human and his or her “human trace”.

An installation as something that you can literally enter, gives the viewer access to space through the subtraction of an object. However, I don’t perceive a picture as a “window”, but rather as an object capable of squeezing out the viewer’s gaze. By doing so, it gives access to space outside the illusion. Collage, palimpsest, and contoured, attractive surfaces sharpen this gaze extrusion. There is no distance-view in an icon – everything is equally close. Therefore, making objects closer in a picture is an opportunity to show the pictorialism as not immersive, but extruding space. And this has something to do with iconic optics.

Why is it important for you to eliminate a person from a picture? Who takes his/her place then?

I see a painting not as a statement or a place where I could “preach” ideas, but as a speculative space where everything can be turned upside down, activated or, conversely, neutralized. The presence or absence of a person in a picture is not a literal placement. A set of objects hints of human absence and exacerbates it. The same way as the presence sometimes pushes a figure out of the context.

The issue of a human as the bearer of the humane presents a whole set of signifiers and signified essences in my sign system. A person is the product of what? There are a lot of answers. And this plurality is in itself a field of my interest. In the very system of pictorialism a human-figure comes out as an element, around which an entire coordinate system is erected. My task is to cast doubt about this system. This is iconoclastic controversy inside a picture. An attempt to deliver an image after the end of the humane.

A series of works “Letters will Become Stars”… Is it a new alphabet or cosmology?

The title of the series refers to the poetry of Russian futurists, and it is a kind of “Zaum” trolling for me. Letters that turn into stars is a slogan of meaninglessness. This is the opposite of creating cosmology or any other system that claims to be all-encompassing “knowledge” or all-encompassing structuring. It is impossible to count on the construction of a new system of signs, alphabet or cosmology. Such attempts indicate impotence. The series “Letters will Become Stars” was an opportunity for me to focus on the uselessness of rational art and, through the absurdization of this endless attribution, to see the chaos of nonsense and madness as doubt.

Do you construct a new reality or critically describe the existing one in your art pieces?

It is impossible to build a semblance of reality or describe it, because the awkward question of reality as such arises. An artwork is a very heterogeneous space both in the visual and in the sign aspect. A situation in which an artwork or an object can act as a frame for emptiness or as the evidence of absence intrigues me. In this sense, any variations of the materiality of an image or an object can create similar holes, that speak for something nonexistent or unable to exist through their apophatic function. Therefore, I use the motive of a frame within an image, a pit, and flowers as the most used sign of pseudo-architectural structures.

The theme of apophatic absence manifested itself in the exhibition “That’s All Eternity” (2016). At what point did pre-Christian buildings, coffins and other ritual objects caught your attention?

I am interested in everything that refers to “spirituality”. Moreover, in a negative context. On the one hand, this is due to my personal background. On the other hand, the “religious” acquires new projections during the “conservative turn” and the global crisis.

The theme of empty architecture or a building that has lost its function came to my mind when I was exploring modernism. A construction, as a naked structure, prepared for a ritual that will never take place in it, resembles art history.

Is the ontological absence a mode of death?

For me, the theme of emptiness is more important. Emptiness is both a form and meaninglessness. Impossibility of interpretation. Empty ritual is a state of our time.

The theme of death is a game of fear that can only be neutralized in a confined space, art piece, or object. But it is an illusion of fear control. Manipulation. Connecting the viewer to this fear through the picture itself simulates a specific “reality”, created to please the author and his desire for control.

Are you the artist who opposes the socio-political reality?

It is impossible to ignore what is happening around, how it affects our life, here and now. But I proceed from the fact that politicized art is rather ineffective, non-working mechanics. It is impossible to distance oneself from the strongest conflict in society. However, political struggle for me is about raising my children, rather than a battle on the field of art.

How comfortable do you feel in the institutional space? Are you closer to “GARAGE” or to smaller galleries and initiatives?

I cannot say that I am comfortable in an institution or a gallery. These are the proposed circumstances, and you have to deal with it. An institution and a gallery perform different functions, but are in the same field. There is little difference between them today. In addition, an artist in Russia, not having much choice, adapts to the circumstances that form this field.

An exhibition is important for me as a statement, as well as an opportunity to regularly interact with the viewer, whoever he or she may be. I concentrate more on my practice than on the problems of the art market or the institutionalization of art. Artistic practice provides more variety than joining the cause of big ideas in an attempt to legitimize your art.