“Poetry isn’t about power games, you can’t force someone to be poetic.” 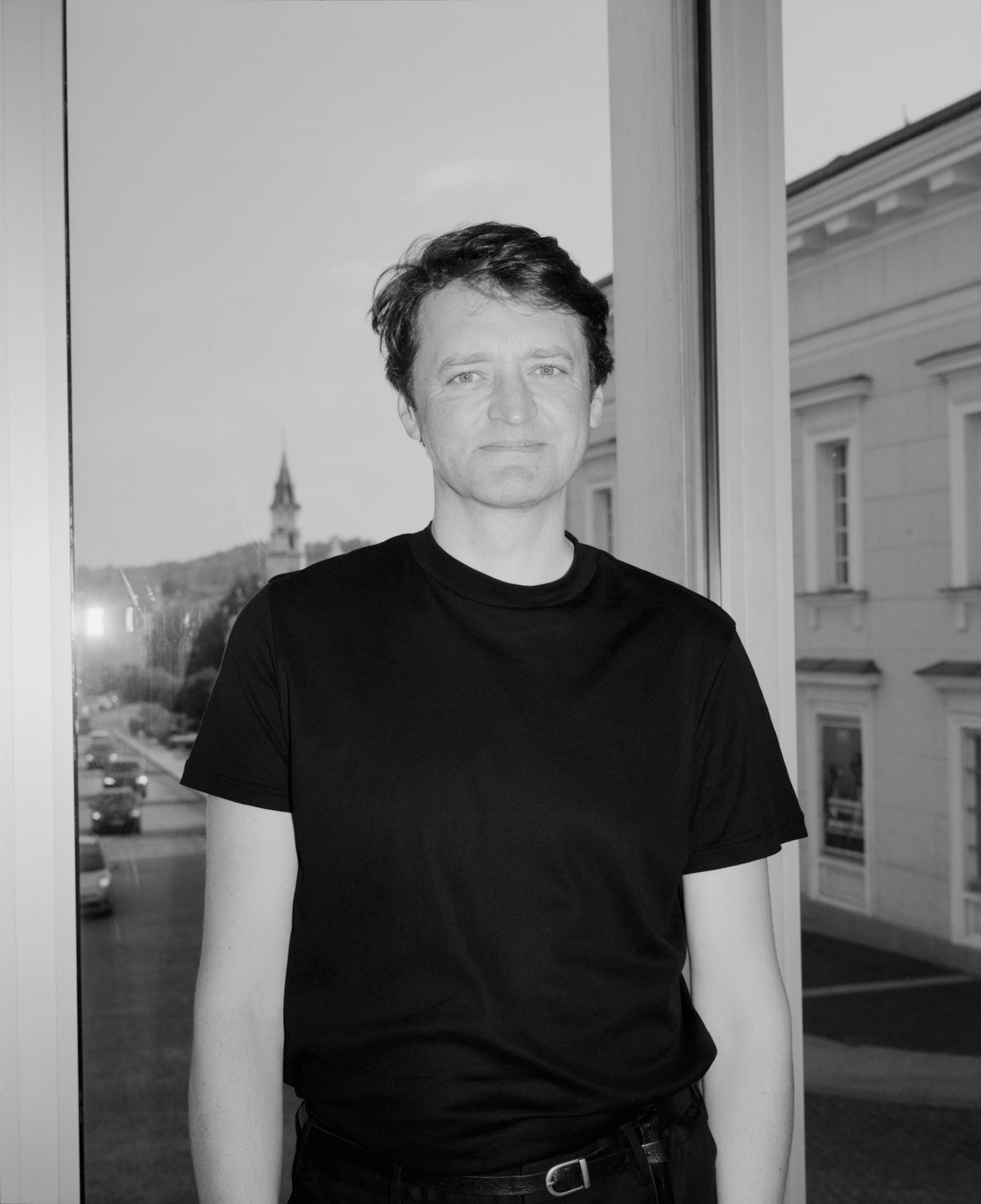 What is the medium for your practice as a curator, whether it’s an exhibition or a text?

Curatorial practice is much more than just a curatorial text, even when you curate an exhibition of texts, in a text. I would reformulate your question into this way – what inspires exhibitions, how exhibitions are being thought through? I guess it varies, but the most important ingredients here are artworks and artists. Even if one starts with a written statement, one has to think that statement through artworks and artistic practices.

How would you describe your own curatorial language? Which kind of elements does it consist of?

I’m trying to refuse the categorization of my curatorial practice. The curator never enters an empty space. There is an institutional history, physical parameters, and other unstable liquid factors involved. There is always a certain scene, sociopolitical context, artistic practices that motivate exhibitions. If you think of an exhibition as a conversation between enlisted elements, that conversation may go in any direction. If one thinks of the global art world as a network of various ecosystems, then one would apply one set of methodologies working with the artists who “collaborate” with microorganisms, and the other working with those who are trying to topple dictatorships. Especially now, when we live in a world that is crying for urgent ecological and sociopolitical thoughts and actions. But then, again, art is not ecology, nor it is politics. It is usually staged and experienced in cultural fields. Thus, again, we are talking about the importance and the symbolic power of artistic practices in a wider cultural field. In this context, I would formulate that my curatorial task is to try to find a way to create conditions for new meaningful conversations that would explore the edges of the cultural and curatorial fields.

You had experience of being both the artist and the curator. Which side dominates your practice?

That line between artists and curators clearly exists, but it is also overrated. In a broader sense, we are all practicing artists and curators in our daily lives. I do support Joseph Beuys’ idea of social sculpture, which is a 1970s theory based on the concept that everything is art, that every aspect of life could be approached creatively and, as a result, everyone has the potential to be an artist. Or a curator, if one wants.

What are the main differences between artistic gestures and curatorial statements?

Is that the question of power? There are lots of discussions about the “repressive” behavior of a curator towards artists.

Yes, the hierarchy is about the question of power, and both artists and curators could be repressive. I experienced both (laughs). At the same time, I have to say that the artistic field may be really emancipating and liberating. This is what, I sometimes think, brought me to this valley. The magic of the artistic world – what has certain powers today, tomorrow may look passé, and other way around.

There is, among others, the definition of a curator as somebody who highlights hidden elements to make them visible. How do you find new names to highlight, and what criteria do you usually use when estimating artistic work?

Ignorance may be the curator’s own – different experiences and projects enable you to learn new things. Also, ignorance may be contextual – the value increases if someone or something, like an object or knowledge is rare, unknown, or underrepresented. Or if it arrives from far away, also timewise.

And regarding love – I love how Graham Harman is saying in his text “The third table” that “the real is something that can­ not be known, only loved.” In my own practice and exhibitions in general I prefer when curatorial relation to art and artworks is indirect, when artworks are not instrumentalized, when they seem to be open and when they ignite passions or start conversations.

The institutional crisis and the possibility of art existing beyond institutional borders were intensively discussed for the last ten years. Is your professional practice framed by any institution today?

However, I find that this division between freelancer and institutional employee is a fake one. Looking broader, an artist, curator, critique, the whole contemporary art field is an institution. Thus the real question is how to look critically at ourselves and how to be aware of the ever-changing dynamics of power.

Is there a tension between “institution” and “discourse”? What kind of “marriage” joins them together?

Discourse is the language institutions make and speak. And language itself is just another institution. English language, for example. And what are institutions, then? They are all the players of the art field that have voices and include individual artists, curators, critics, gallerists, spectators, museums, etc., and their (non)legal combinations.

One of your public lectures was called “Farewell to the White Cube”. Can we get beyond its power?

We live in a time when everyone has a very powerful multifunctional tool in their pocket – a smartphone. Depending on the model, it has a scanner, cameras (eyes), enables you to browse the Internet, watch audiovisual content, comment, communicate, perform, program, scroll, and touch; it can vibrate, provides AI and VR experience, etc. It hybridizes the space in front of our eyes and bodies, transforms into something completely new that we lack the vocabulary to describe.

In my opinion, the white cube is crumbling, but as a historical exhibition medium, it will stay here forever. Even when one says that the future of the white cube is green, hybrid, queer, eco or bio, one still refers to the white cube. Even online exhibitions are building e-architecture as if it was a cube made of gypsum walls. Which is weird, isn’t it? Our spatial feeling is strongly euclidean. However, the pandemic is changing it. For example, today, one may see that even the conventional museums are arranging virtual openings, which is leading to hybridization and a new understanding of what potential exhibition space may be.

What can present an online alternative to the White Cube? Submission platforms, for instance?

One may always try to bring art into whatever they do, from peeling potatoes, as Beuys suggested, to gardening, demonstrations, as in the Belarusian case, or going to the deep space, not just online. I love online platforms, though – they are fast, cheap, and out-of-control ways to make and distribute exhibitions. It is great both for artists and spectators, especially for ones who live in places where the contemporary art is not that accessible, is not supported, or even is bullied. Obviously, it’s also a great multifunctional tool for networking and research. Maybe someone in Khabarovsk is influenced by what they see is happening in Mexico, while someone from Prague may inspire someone living in Joburg and vice versa.

And finally, the hope is that in the future, AI will have a larger database to learn about what it means to be an artist. (laughs)

You are co-curating the 14th Baltic Triennial with João Laia, which undoubtedly can be defined as one of the most important events in the Baltic Region. Presenting your appointment as curators, the director of Contemporary Art Center in Vilnius Kęstutis Kuizinas mentioned the following “The Triennial more than ever needs a curator who can bring their own international network and a deep understanding of the local scene.”

Why do we still feel the necessity to be recognized and visible from the outside to prove that we exist? And what kind of outsideness we are talking about being framed within Europe.

I love this last question. It is a precise symptom of the so-called former Eastern European scene. To hide the feeling of insecurity, one wishes to receive recognition from outside the region. However, instead of trying to prove our existence to the outside, we should collaborate more between ourselves, be more responsible for writing our own histories, for producing knowledge.

The aim of the 14th Baltic Triennial is to question the role of contemporary art in the ever-changing sociopolitical landscape in the so-called former Eastern Europe. This landscape is rather heterogeneous, dynamic, divided, fragmented, and kaleidoscopic. However, one may attribute to it, or to its parts, certain recurring toxic tendencies: authoritarianism, corruption, nationalism, homophobia, misogyny, unecological and other toxicity, neoliberalism, etc. Frozen military conflicts (for example, Armenia and Azerbaijan conflict, Ukraine, etc.) and massive protests (for example, in Belarus, Hungary, and Poland) deepen the crises but also give hope for new realities to be born out of them, especially in the case of peaceful and poetic demonstrations in Belarus.

I’m using the term “former Eastern Europe” here for the sake of convenience, though the term itself is very unclear. For example, Lithuania alone may be part of (former) Eastern Europe, former Eastern Bloc,  Central-Eastern Europe, former USSR, Baltic Countries, the New East, etc. Recently it became part of Northern Europe. It just illustrates that the region is a very interesting polygon for new, often conflicting sociopolitical vectors. And this is why it is a super-interesting place to live and work at.

Interviewed by Anna Karpenko. All photos were kindly provided by Valentinas Klimašauskas. Portrait photo: Visvaldas Morkevičius.
© 2023 All materials published on saliva.live are protected by copyright, and owned or controlled by the platform or the party credited as the provider of the content.
#curator  #vilnius  #international  #poetry  #interdisciplinary  #experimental  #independent